Lesson learnt this week: taking kids to the cinema is really good fun. They laugh at inappropriate moments, they jump up out their seats to try swipe the baddies and they share their sweets with you without you even asking.

Granted, if I was at the cinema watching something more grown up than Ice Age 4 I would probably want the person next to me to sit still and be quiet (although snack sharing would be encouraged) but it made watching the fourth film in a tired franchise much more exciting. I even found myself giggling along with jokes about 'boogers'.

Not that any of this should be surprising really. I expected it to be fun. That’s why I wanted to do it. Kids are good at showing unashamed excitement and that can be infectious. Sometimes it’s just nice to be around people like that, even if they are aged five, seven and ten.

I finally got myself more organised with my firsts. I decided to write a list, with the plan that I would pick the first that I wanted to do each week from the list. But, after seeing a massive flaw in the plan (my terrible indecisiveness), my boyfriend came up with an idea.

Ladies and gentleman, introducing The Hat… 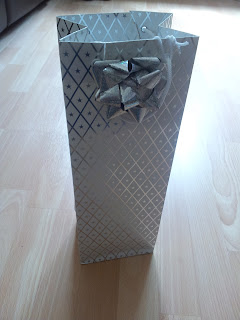 Yes, I know it’s not really a hat. But the suggestion was that I put all the ideas into a hat and pick out a first at random. And this was the closest thing I could find to a hat at the time.

Inside The Hat are 22 ideas for firsts, which will take me up to the end of 2012. There are also some firsts that I want to complete that are not inside the hat. These are things that may take more than a week to arrange of plan.


I will give a full list of the ideas inside The Hat, and the reasons why I choose to include them, later on this week but for now just know that the piece of paper for this week says ‘Go to a meditation session.’ Ipswich Buddhist Centre, here I come.
Posted by Emma at 14:45