What is this all about? 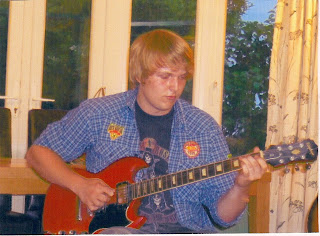 On July 12, 2012 I will have to experience a first I never imagined having to face.

This day marks the first anniversary of my brother's suicide.

Obviously there is a story here, of the past year and the 19 years leading up to it: 19 years that my whole family has tried pick apart in order to find clues and an answer to the question 'why?'; a question to which there is no satisfactory answer.

But here I want to start a different story. I want July 12 to mark the beginning of a year of firsts. It goes without saying that I hope never to have to experience any other firsts as painful as my brother's death. But I believe new experiences are part of what makes life worth living. And I want to try and experience as much as I can to try and somehow 'compensate' for my brother not being able to.

At the same time, I want to use this experience to get people talking about this taboo subject and to raise awareness of the issue. I was shocked to find out just how common suicide is. It is the second biggest killer in the UK for people between the ages of 15-24. According to The Samaritans, somebody between the ages of 10-19 attempts suicide every 20 minutes in the UK. And it's not just an issue concerning young people. The CALMzone is currently deciding whether to open up the remit of its charity from men aged 15-35 to all men in the UK due to the demand on the service from men in their 40s and 50s.

I considered whether to use this opportunity to raise money for a specific charity but I could not choose which one to support. There are a few charities out there doing really good work raising awareness of suicide, attempting to prevent suicide or supporting those who have been bereaved. Some I considered were:

Survivors of Bereavement by Suicide (SOBS)

It may be that I decide to raise money in the future or for specific 'firsts' I choose to do. But at the moment I feel like I want this blog to primarily be a place to talk about life, death, suicide and bereavement.